MY POSTS FROM THE HEART 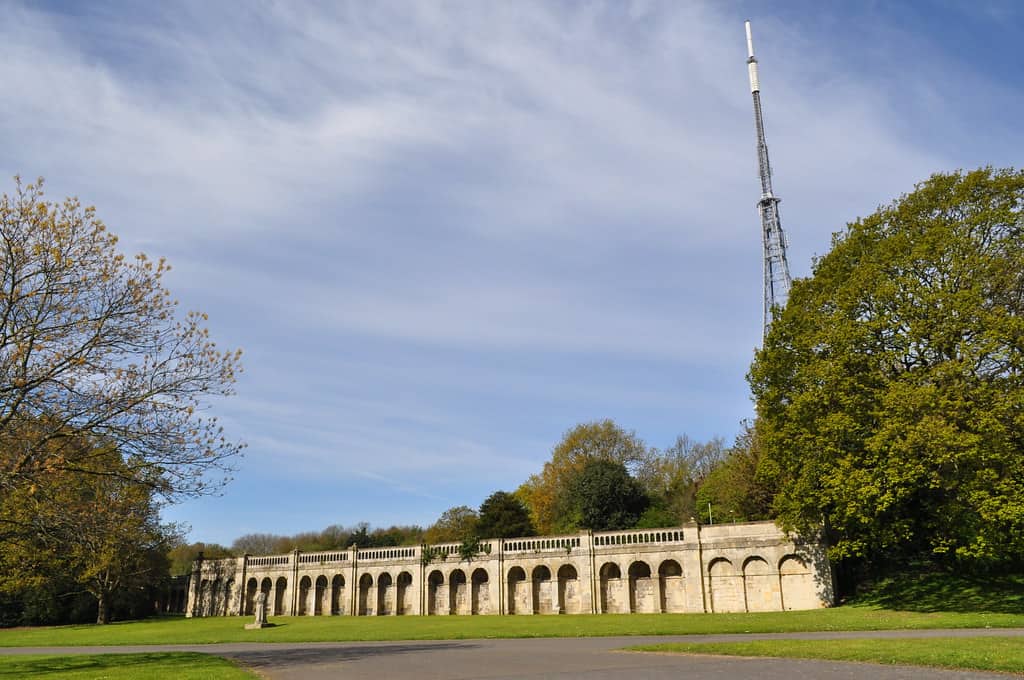 Crystal Palace Park is a welcoming and beautiful park for all located in South East London. It is a well loved Victorian attraction used for for learning, health, recreation, activities and events.

Our client contacted us to deliver heritage site cleaning at the famous Italian Terraces located in the heart of the Crystal Palace Park. The Italian Terraces were once a formal and tradditional Italian style garden with flowerbeds, fountains and statues with both a Lower & Upper Terrace.

The Crystal Palace Company had gandiose designs for the gardens; with fountains, horticulture and sculptures being part of the plans. Statues, urns and vases were comissioned and located in the Italian Terrace. The Upper Terrace was home to a series of unique newly commissioned works but sadly majority of these are now lost.
The steps on the Italian Terrace staircase had become tired and in need of attention and cleaning. Our experienced and professional team delivered a sympatheticand gentle clean to this valued historcal site.

Crystal Palace Park actually used to home a  real Crystal Palace. The Crystal Palace was deconstructed and removed from Hyde Park in 1852 and the components taken to Sydenham. Joseph Paxton, an English architect, engineer and Member of Parliament,  enhanced the building by adding tiers, height and width to the Crystal Palace so that the construction was similar to the original Hyde Park building, but the scale was bigger.

The revamped Sydenham Crystal Palace was opened by Queen Victoria in June 1854. It soon became established as a venue for major exhibitions, balloon ascents, concerts and sporting events. However, dramatically on 30 November 1936, the Crystal Palace was completely devoured and ruined by a fire. To  the cause of the fire has  has never been found.

Incredibly, the Italian Terraces in front of the Crystal Palace, remained intact and were not destroyed in the fire. The top of the terraces overlook a grassy area, with a walkway leading down to a monument to Joseph Paxon, the famous National Sports Centre, and the beautiful Crystal Palace Park . 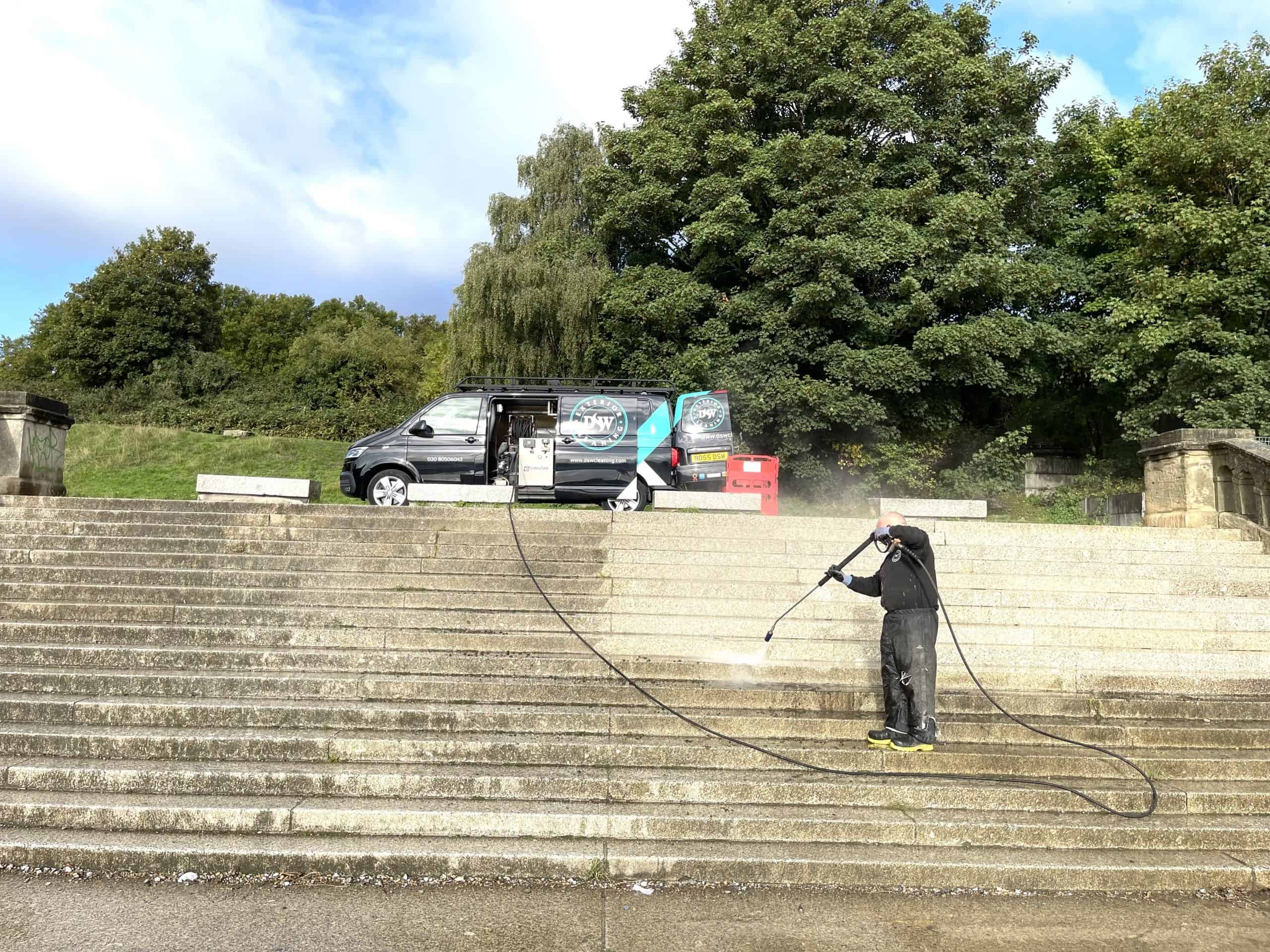 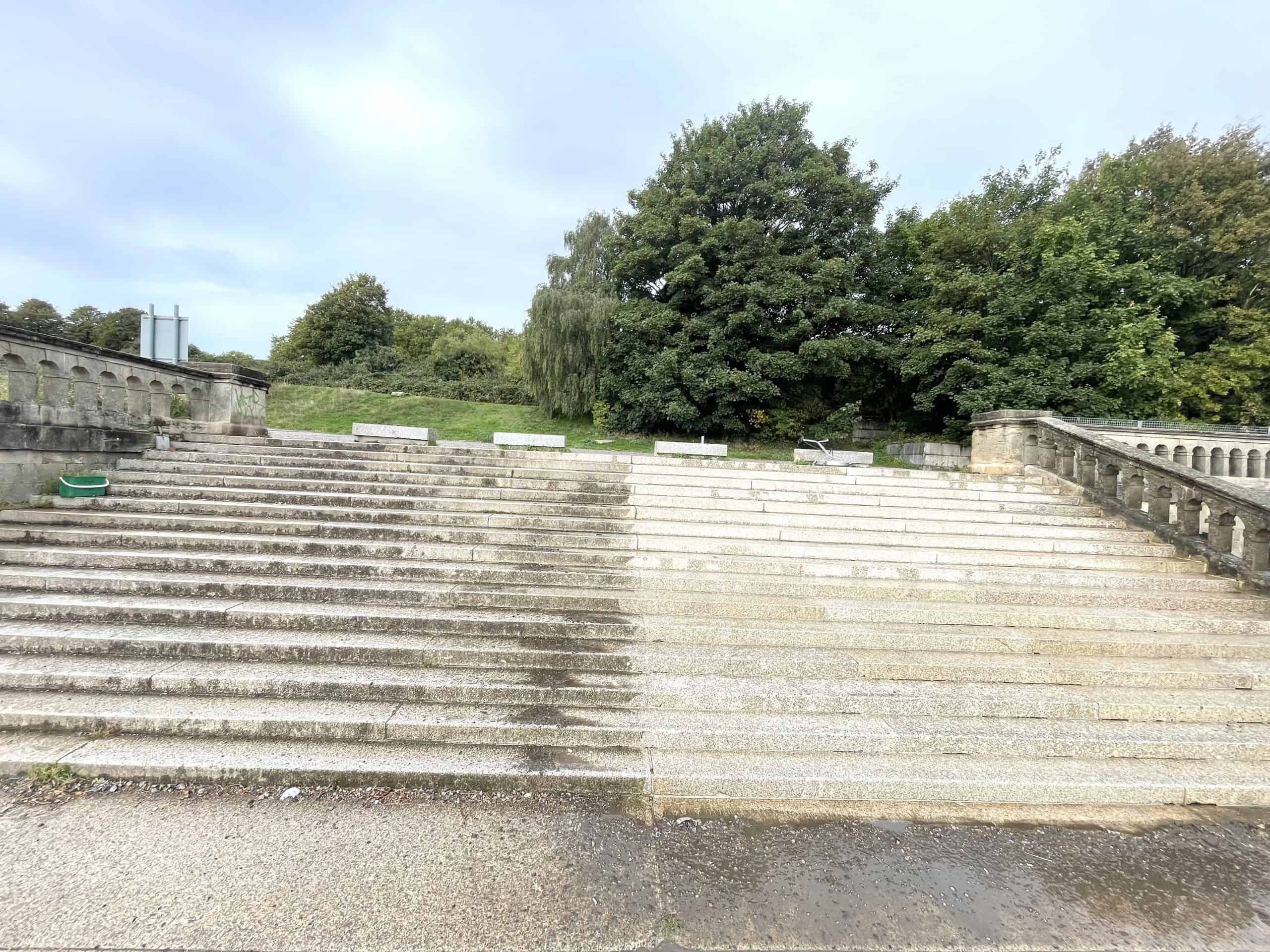 Our team used specialist techniques and exterior cleaning equipment designed for use on heritage sites and listed buildings to clean the steps only.

The balustrades and other stone features will be cleaned on another occasion using other specialist technqiues. 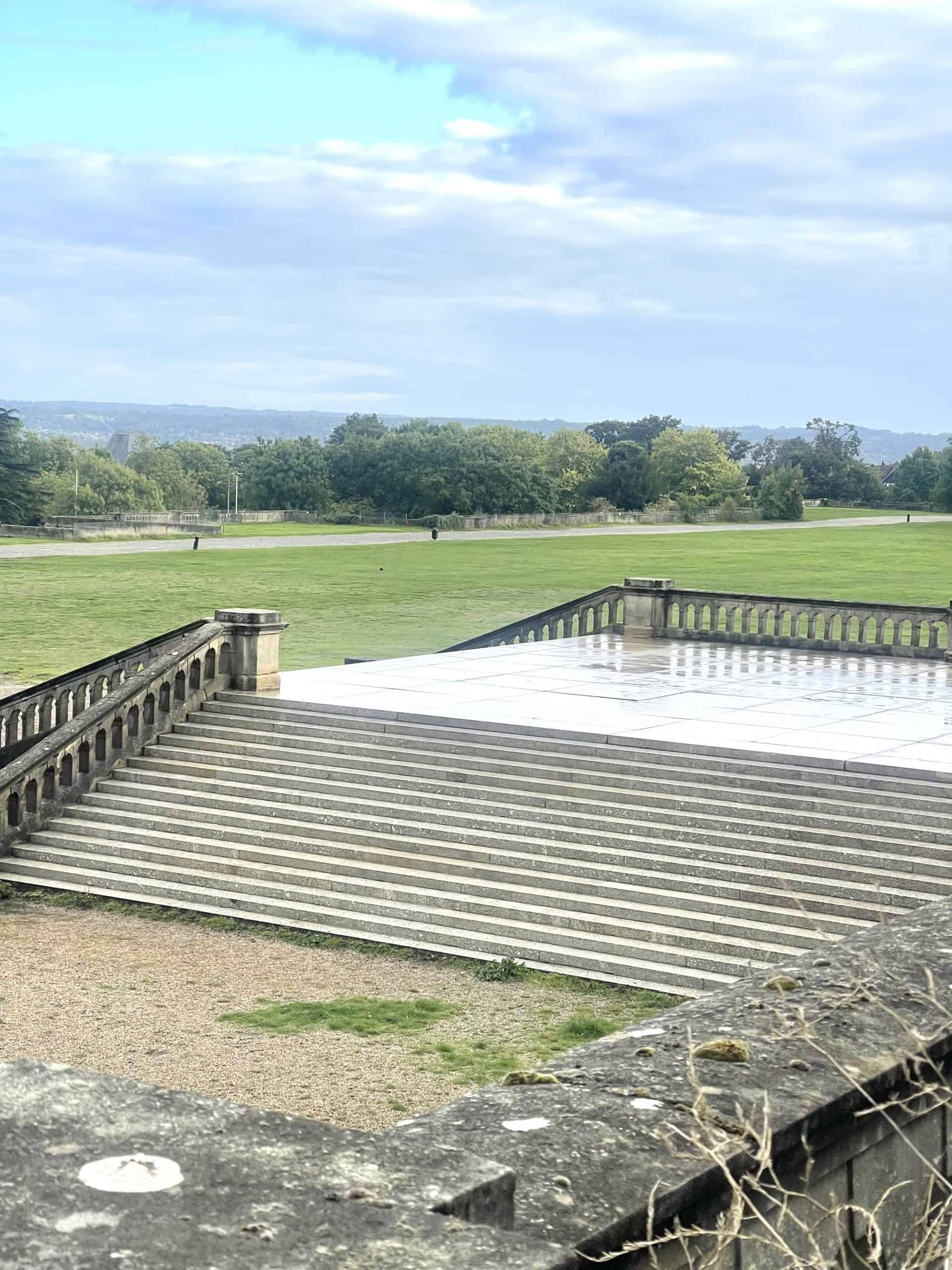 How We Can Help You Today? 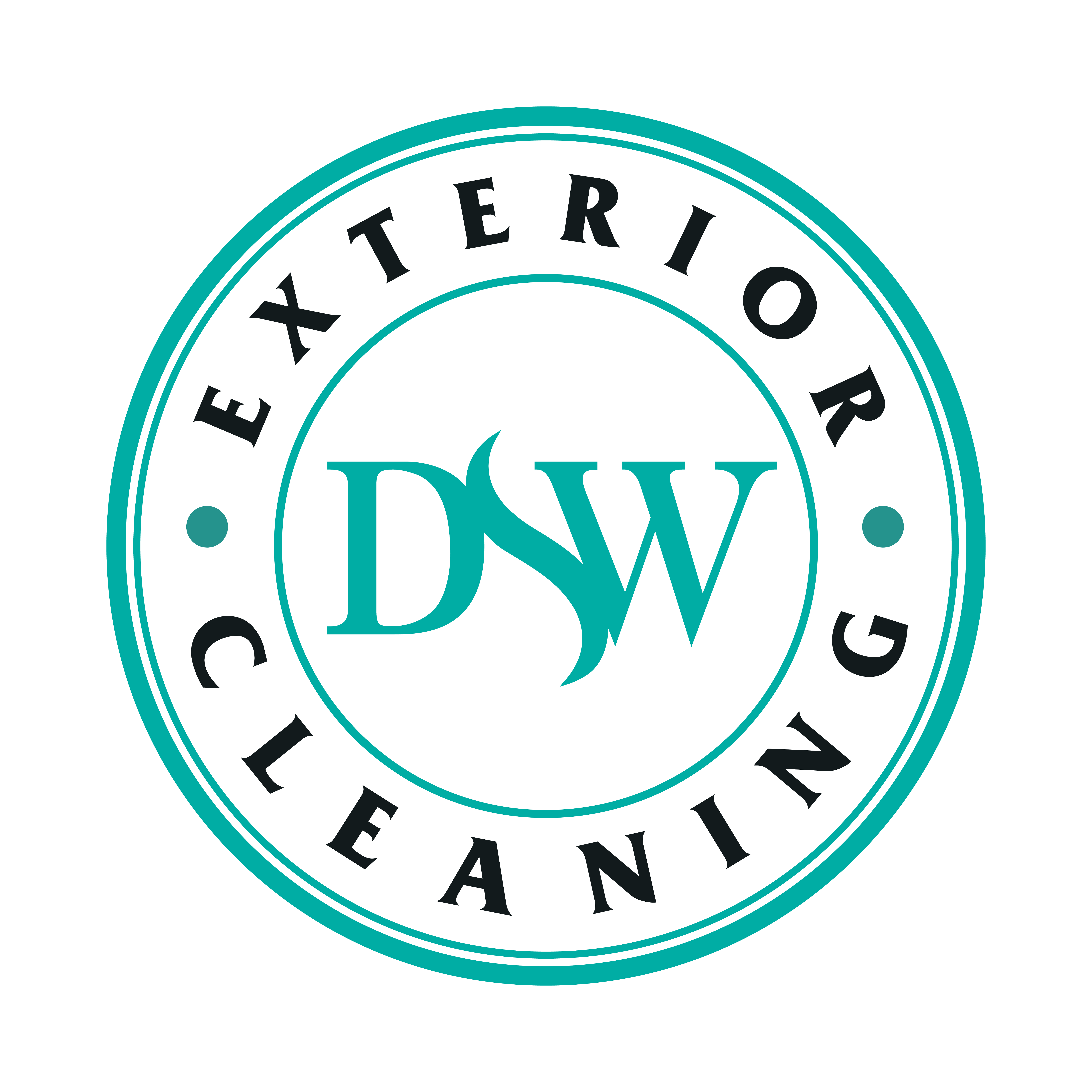 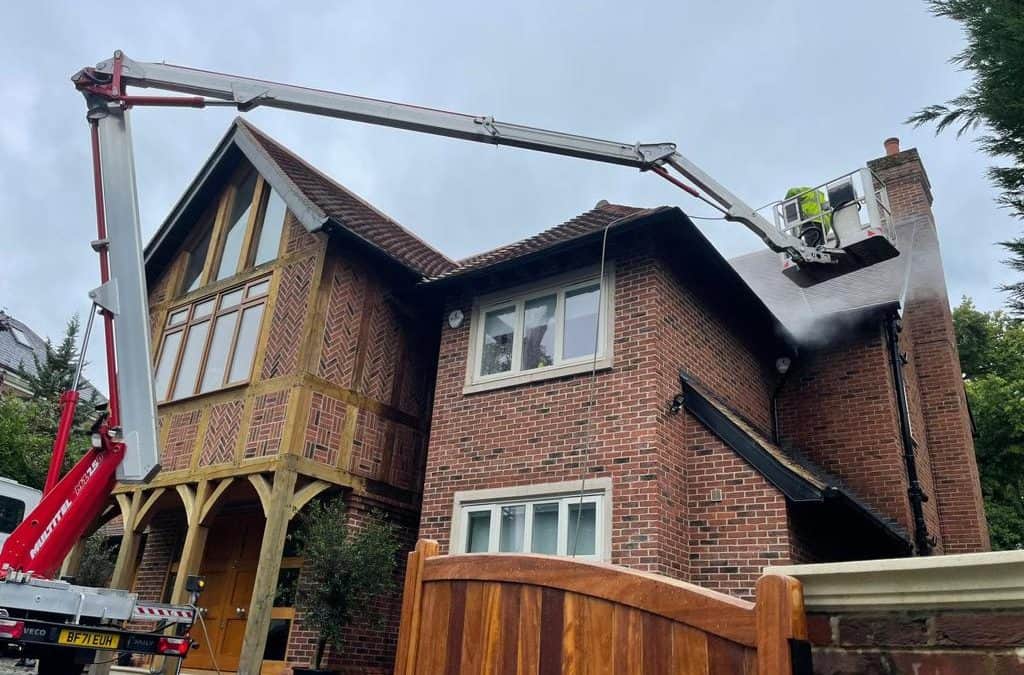 Roof Cleaning in Cobham KT11   The DSW Cleaning team were recently in Cobham delivering a specialist roof clean and treatment to a large detached property in the Icklingham Road and Eaton Park area of Cobham, KT11. The roof on this delightful property had become...

END_OF_DOCUMENT_TOKEN_TO_BE_REPLACED 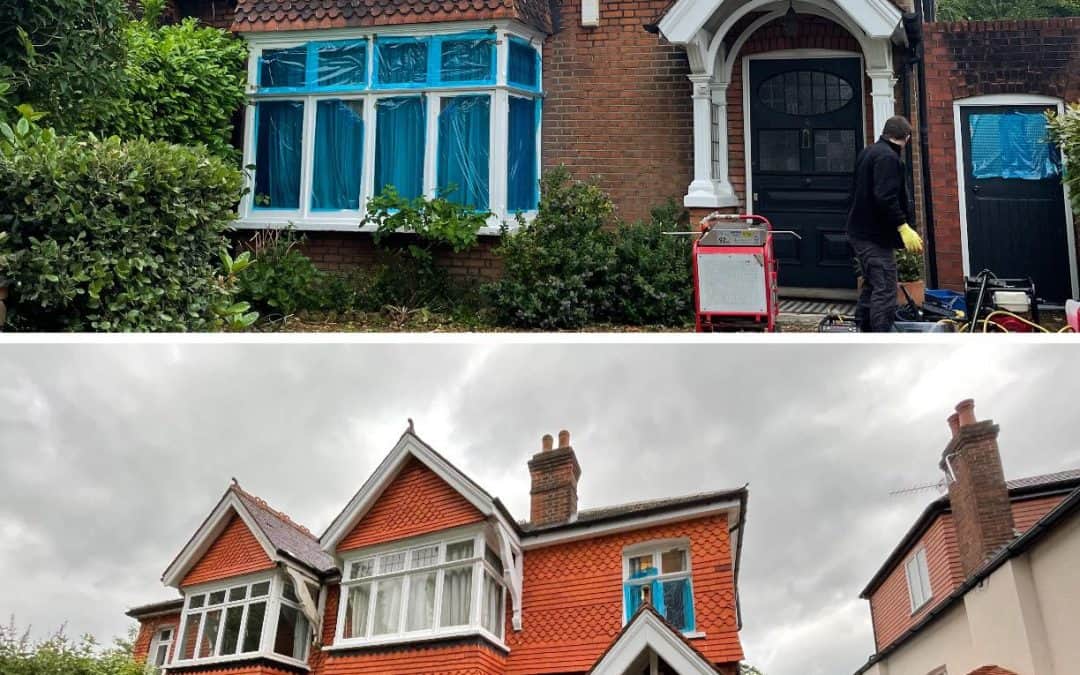 Spring Cleaning season is approaching! Are you unsure about where to begin your exterior building cleaning this year? Here we share our 5 most popular services along with their benefits to help you decide where to start your exterior cleaning programme for 2022!Gutter... 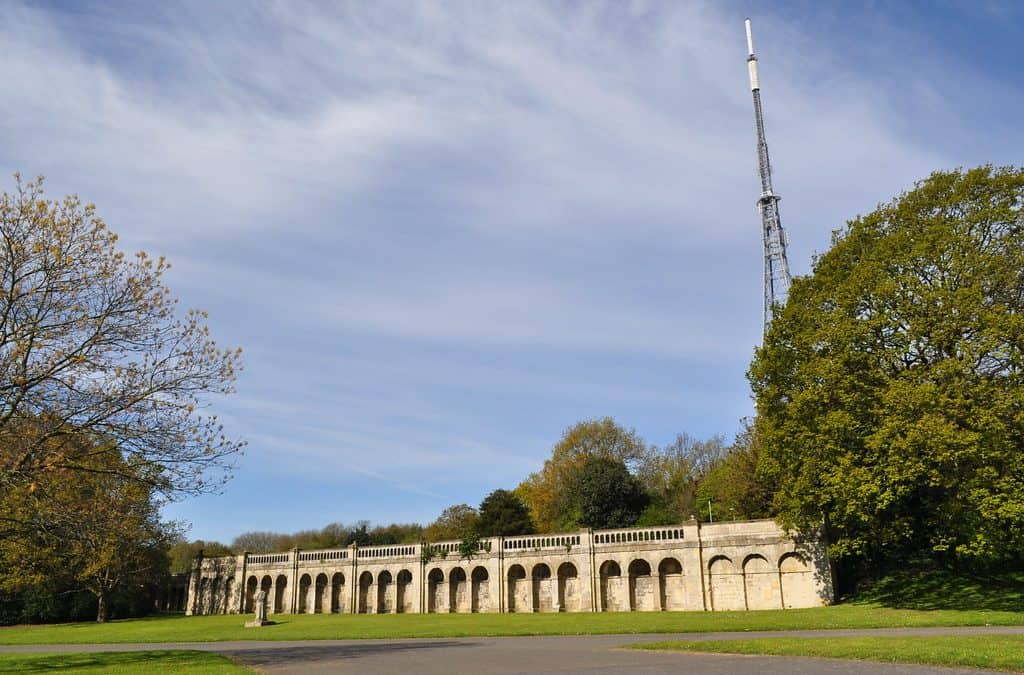 Crystal Palace Park is a welcoming and beautiful park for all located in South East London. It is a well loved Victorian attraction used for for learning, health, recreation, activities and events. Our client contacted us to deliver heritage site cleaning at the...